On a recent trip to the Museum of Fine Arts, Boston, I encountered the following painting… 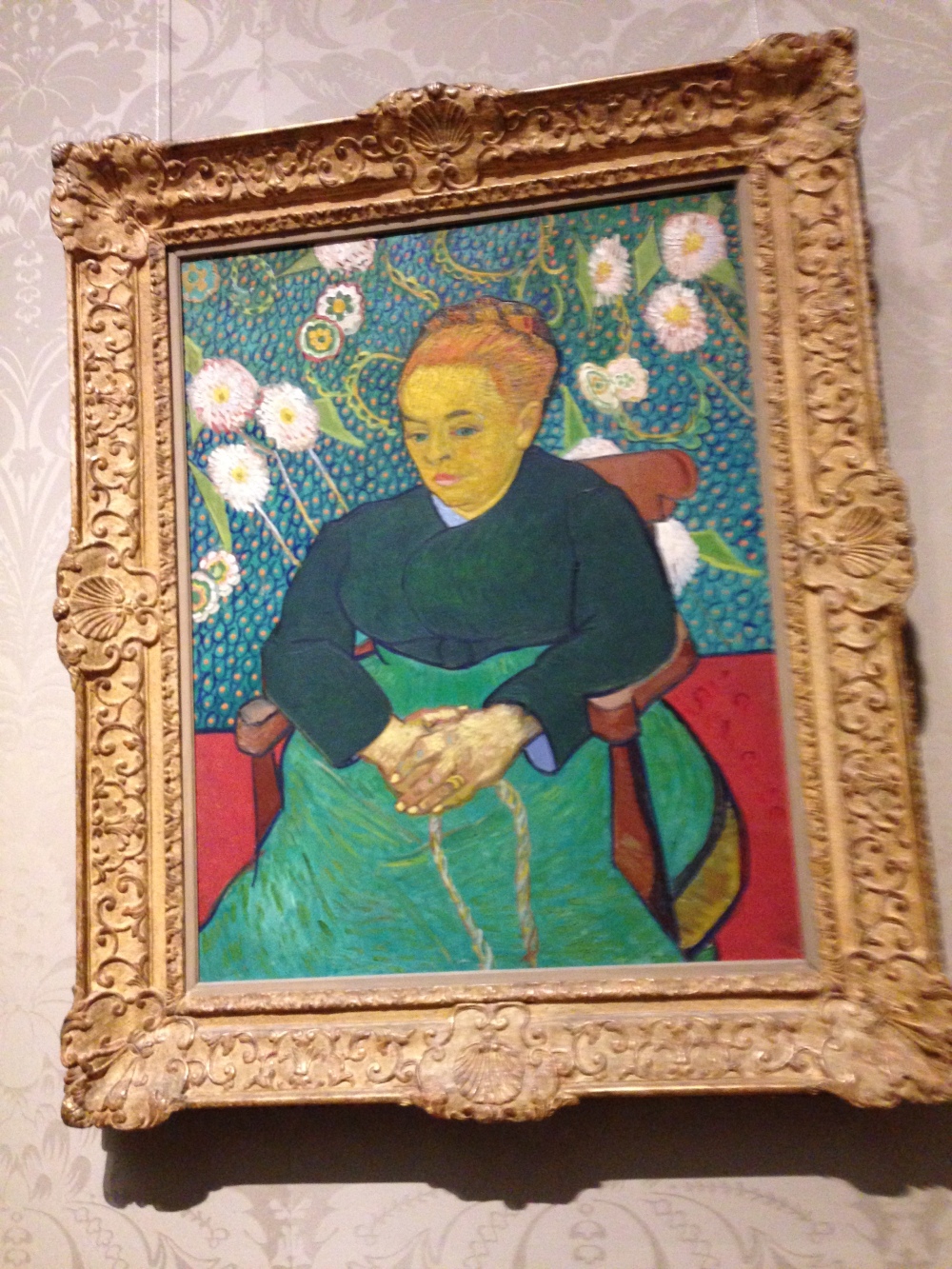 …with the following description:

“Van Gogh painted Augustine Roulin in bold, exaggerated colors against a vividly patterned background; the rope in her hands leads to a cradle. At right, the painter inscribed the title “La Berceuse,” which means both “lullaby” and “she who rocks the cradle.” Van Gogh one wrote, “I want to paint men and women with that something of the eternal which the halo used to symbolize, and which we seek to convey by the actual radiance and vibration of our coloring.”

I knew that la berceuse meant “the woman who rocks the cradle,” because the verb bercer means “to rock [a cradle].” I was unaware, however, of its second meaning, a “lullaby,” but this makes sense because a lullaby is a song that rocks a baby to sleep! Who knew that I would learn a new meaning of a French word at an art museum?